Click on the variegated lilacs below for the current published collection of ‘for 5,’ a collection of 5-minute videos, each will somehow enhance your life.

Why would a coach interrupt a client? Imagine a coaching session that is moving along. The coach is asking questions; the client is answering them. The client then feels a need to explain why they did this or that, why they feel this or that way, and the history of what happened to them. Basically, they begin going into the story along with the meaning they’ve given to each and every bit of it. 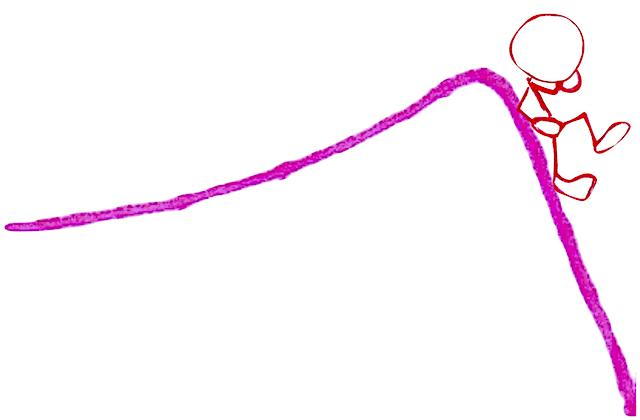 As they go into their story, they fall off track for what they wanted.

It is here that the coach may interrupt the client, with or without an explanation (hope not), or with a new question. An example of a long-winded interruption is this.

Pardon the interruption. With your permission, … part of my job as your coach is to keep you moving forward toward what you want, your vision. You’ve begun to stray into what you want to move away from. While an 'away-from' and a ‘toward’ are essential components of motivation, you likely are acquainted with what you don’t want, the away-from part. So unless there is a lesson yet to be learned in that, how could you instead tell me more about what you want? In what direction would you prefer to go to support yourself? And from now on, do I have your permission to keep you on track?

Is this okay? How is this possible? It is quite possible and in fact more impactful to coach and be coached without content. Content free. No stories. No history. No explanation, no ego. Content-free coaching goes deeper, is more personal, avoids a vulnerability block, offers personal privacy if that is important, disallows judgment, and takes less time.

To continue here, here is a graphic of a coaching-session conversation, the pink line, as the client in red stages moves along. Above the line is his, her, or their want and vision. Below the line is their been-there, done-that, that which they do not want anymore, or some other benign former this or that. The client begins to go off track into their story, explanation, rationalization, description, or justification of their interpretation. 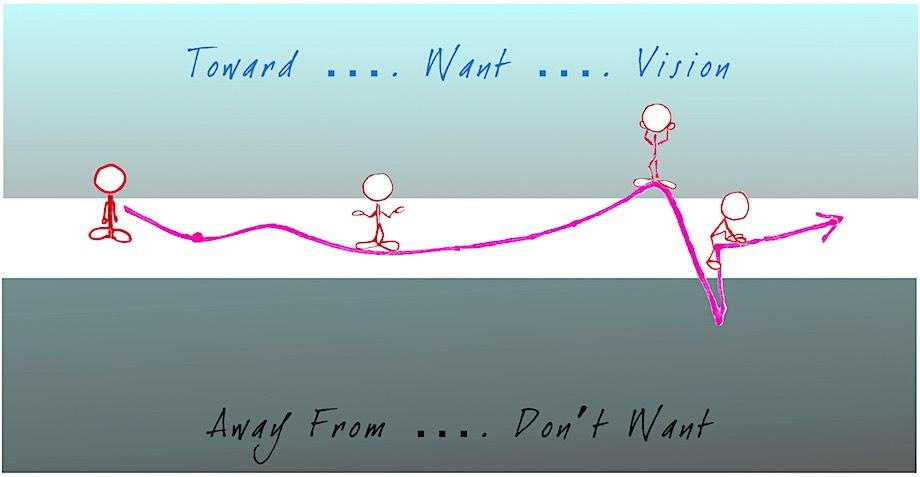 And here is a graphic to show the interrupt.

Is the timing understandable? The fall shall not be far. Now, what about the interrupt? The long, in-depth version is above. The next time the client falls off, the coach might use a condensed version.

With your permission, part of my job as your coach is to keep you moving forward toward what you do want, your vision. You’ve begun to stray into what you want to move away from, that which you don’t want. So unless there is useful information in that, tell me more about what you want instead.

The subsequent times, the coach might simply use the reminder version.

So that seems to be what you don’t want. What might you want instead?

It may take repeated reminders to keep the client on track, moving forward in the direction they stated they wanted to go. Some clients are pretty hellbent on their story and persistence is required. After a convincing number of reminders, the client will eventually catch the wind of his, her, or their vision and be lifted up higher and higher. They might change course along the way, and that would be okay.

One may know the rest of the story, the ending in which the vision magically and methodically manifests in their life. If one is spiritual, this phenomena or universal law needs no explanation. If one needs a heady explanation, then an old coat of mine and Solution-Focused Coaching may fit the need.

I have simply used the example of a coach-client conversation here to demonstrate this phenomenon. In truth, one can be one's own coach. One can catch him-, her-, their- self falling off track. Typically one’s story, the explanation, a justification, the assigned meaning has a familiar (repeating), vague (free fall), and slightly off feeling (going down) associated with it. The story usually erupts in one’s head and feels briefly brave as in counting coup but is not within the domain of one’s heart and one’s truth. If one really felt into what was going on, one might feel icky. Icky not a technical term but perhaps understandable.

Fall not far off course; simply re-focusing on what one wants will negate drama, ego, victimhood or martyrdom. Focusing on the vision is a simple re-direct to a stratosphere that is more useful and positive in thought and feeling. Things will begin manifesting. Things may surprise one until one remembers, “Oh yeah, that’s on track to what I want.” Of course it is, on course.